When’s the last time you looked into how your editor works ? I don’t mean when you downloaded a few extensions and glanced a few themes.

This article tries to contrast the Microservices architecture with current editor ecosystem. This is not a strict comparison, it is only done to explore how editors work in this day and age.

Consider you are Microsoft, you just released a Open Source editor Visual Studio Code. You are trying to build it’s plugin ecosystem from scratch.

Visual Studio Code will be referred as VSCode from now on.

VSCode is not a IDE, it is a editor. It does not target any specific language/technology. Thus it needs to fit for all technologies and languages present out there.

Microsoft needed to develop plugins and integrations for all those technologies by themselves. Atleast for the first few years, until it’s adoption goes high. 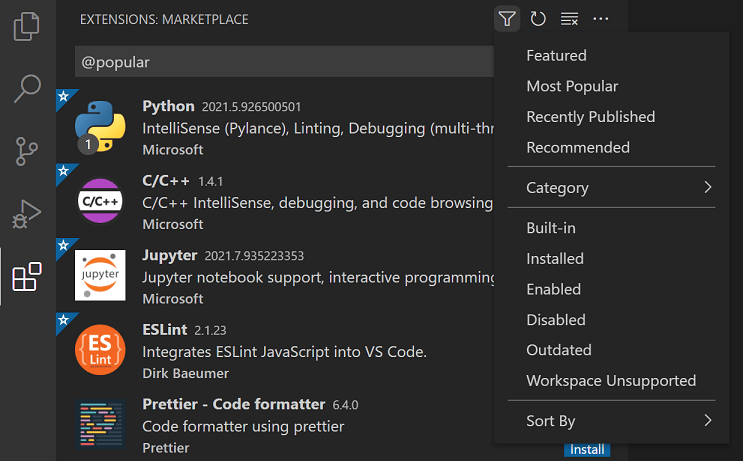 Microsoft had a brilliant idea, why bother implementing intellisense for multiple languages.

Why not separate the intellisense from the editor ?

This allows the editor to focus on being a great editor and it only needs to communicate with a external service which handles intellisense.

This idea of multiple services working together to complete a application can be though of as Microservices Architecture. The idea that instead of building a web application/server that handles everything, we build small services that excel in handling one single service.

If you want a more formal introduction, see here.

Microsoft proposed the Language Server Protocol (LSP), every language will have a associated server. This server will be responsible for providing language features like formatting, autoimport, autocompletion, documentation etc. The editor will only need to know which language connects with which server. The server and the client can talk using JSON-RPC protocol.

This meant all the editors had to build a LSP client which was embedded into the editor. Other than that they did not require any effort to support intellisense features.

That responsibility was transferred to the people developing the Language Servers.

Today almost all text editors implement LSP and each language has their well known language server. When you install a extension for a specific language on VSCode, it only installs a server for that language. VSCode already knew how to show intellisense features, it just didn’t know what to show.

The server starts communicating with VSCode for intellisense and boom!

There is a server for almost all languages. Most modern languages like Go, Rust and TypeScript come with a language server packaged with their compiler/interpreter.

Even COBOL has it’s own Language Server.

Some of the popular editors support LSP are

Some of the most popular languages and their Language Servers are

Some of the niche languages which have their own servers are

The official LSP documentation can be found here.

The second obstacle when designing editors is Syntax Highlighting. Beginners adore it and pros hate it. But one can’t deny it makes code look sexy. This problem can only be understood by understanding how syntax highlighting works

Syntax highlighting in all editors is done by regex matching. regex means Regular Expressions. It is like a type of language for matching sequence of characters.

The study of how to make a regular expression engine and parsing them leads to complicated theory of automata. It is quite a difficult task to make a efficient and accurate regex engine, although many pre-built implementations exist. Almost every programming language has a regex matcher in it’s standard library.

But regex matching is still quite slow and does not actually highlight syntactically. You might have encountered this while opening a huge file, it takes a second for the syntax highlighting to appear. It cannot actually understand the code, just matches according to the pattern defined.

Multi-lingual environments, like JSX, HTML, Markdown present more challenges to regex based syntax highlighting. These require multiple syntax highlighters in a single file. Which is slow and complex to implement. 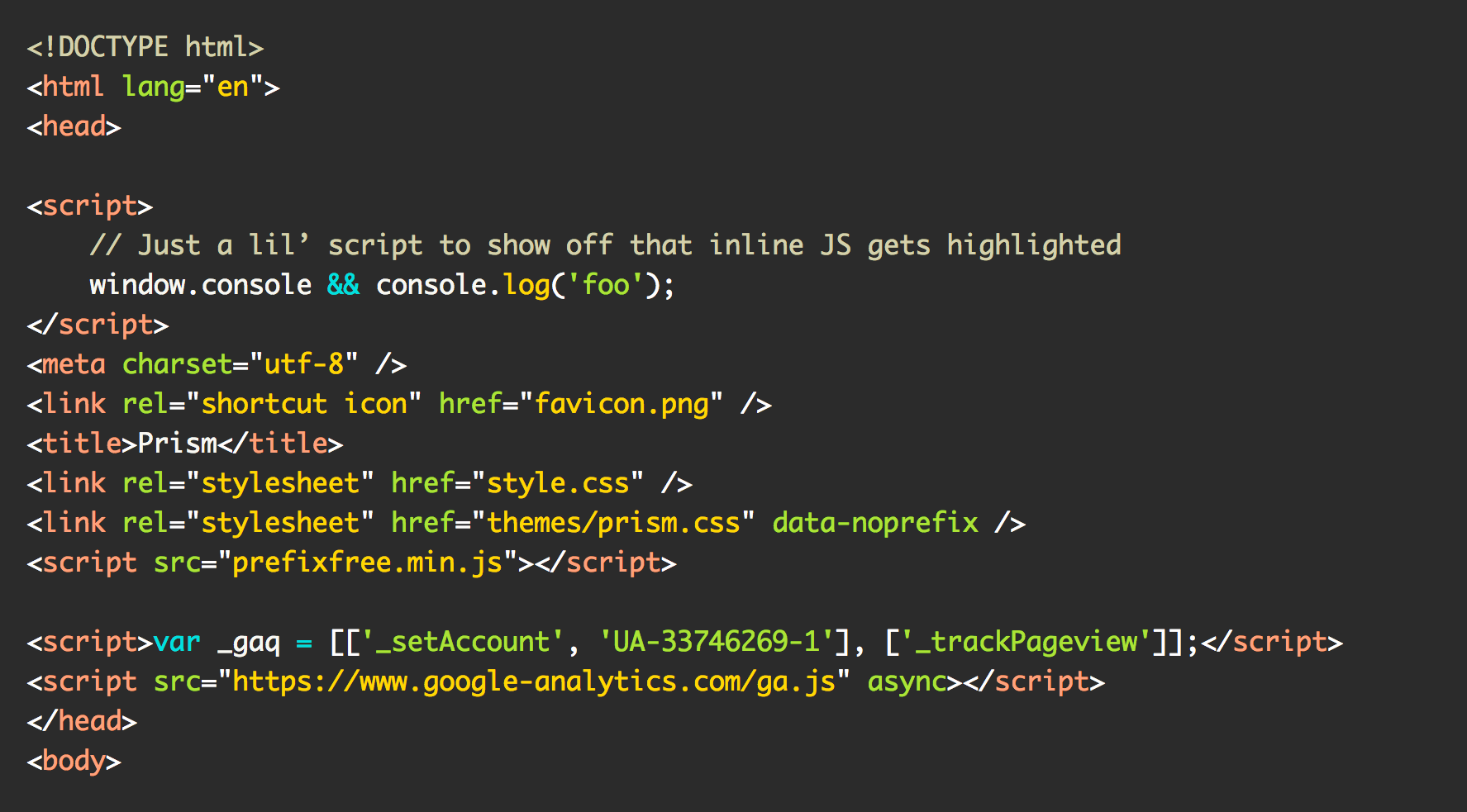 The Atom developers were facing this exact problem. They came up with a solution, why not outsource this syntax highlighting to a service!

The result was tree-sitter, a incremental parsing library. This is written in C and is super fast, parsing a languages into a syntax tree character-wise! This was again extracted and shared with the Open Source Community.

It might be the only relic left of Atom in modern editors, after it’s death!

Most languages only need to program a parser according to the Tree Sitter specifications and it automatically builds and compiles the grammar needed for the language.

VSCode does not support Tree Sitter yet, and still follows RegEX. But there are proposals to integrate it using extensions and it might be right around the corner. 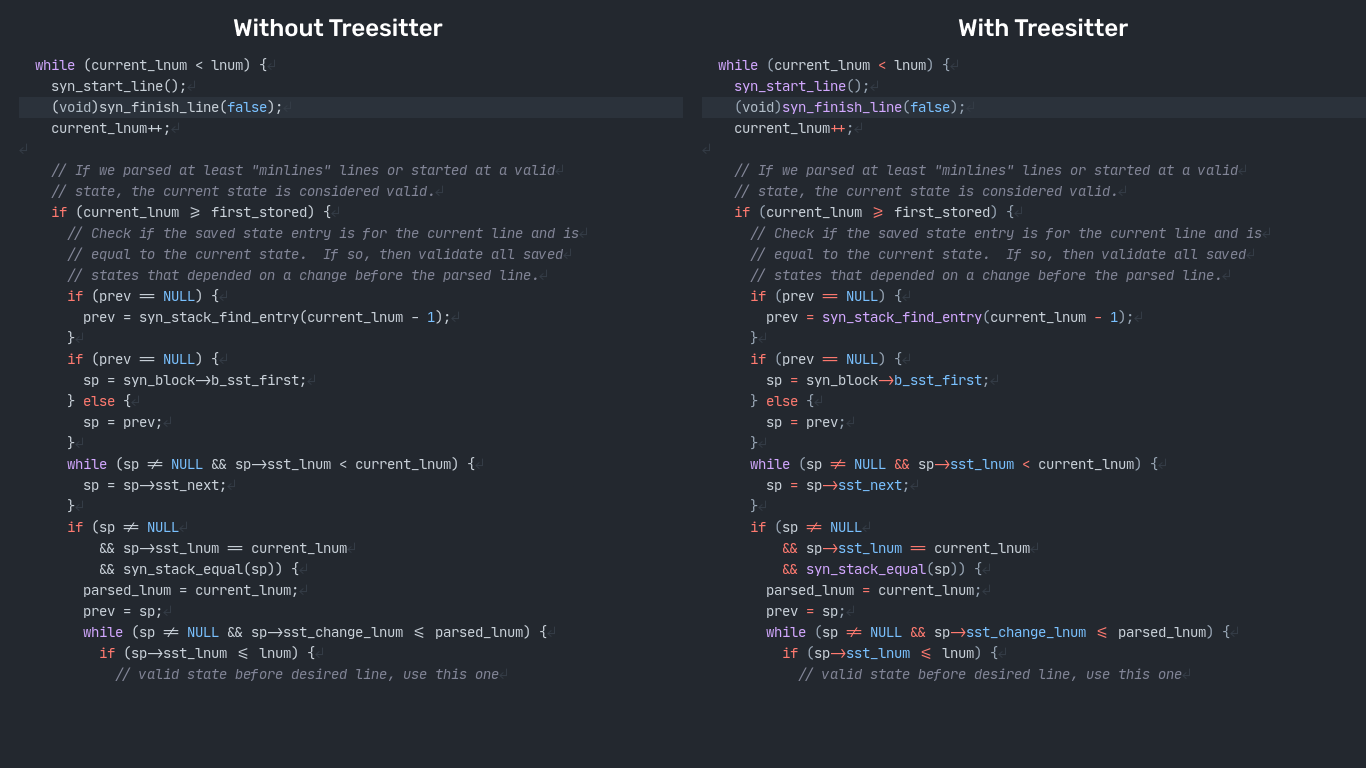 Just like LSP, Microsoft pioneered the idea that debugging was needed to be separated from the editor.

For exactly that reason, the Debug Adapter Protocol was born. Just like LSP it provides a separate debugger which communicates with the editor using DAP.

It is quite new and it’s adoption is on the way. Currently almost all the modern editors support DAP. Each and every language either comes with a DAP enabled debugger or a third-party program provides it.

It’s little adoption might be the fact that debuggers were already separate from the editors. All languages have their own separate debuggers, either provided by the authors of the language or the community. This meant, people already have tightly integrated workflows for debugging. 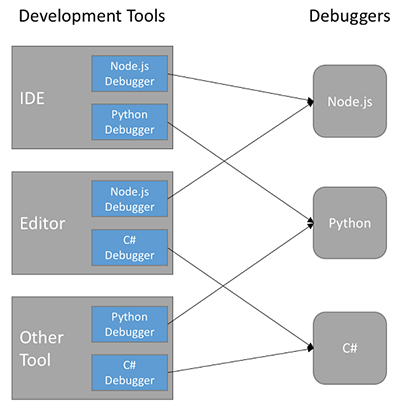 You must have noticed something, all the features except text editing have been outsourced.

Thus the text editor has been microserviced instead of the previously monolith structure. This is the reason for the speed modern editors provide, while providing such advanced features.

While this is not a perfect example for a microservice architecture it is not a bad one.

The advantage of all editors built like these are

Gone are the days editors are popular, because of their language support. Now editors can focus on making text editing efficient and productive.

! Beware by being adventurous you might be caught in the middle of the Editor Wars. Take your next steps very carefully!